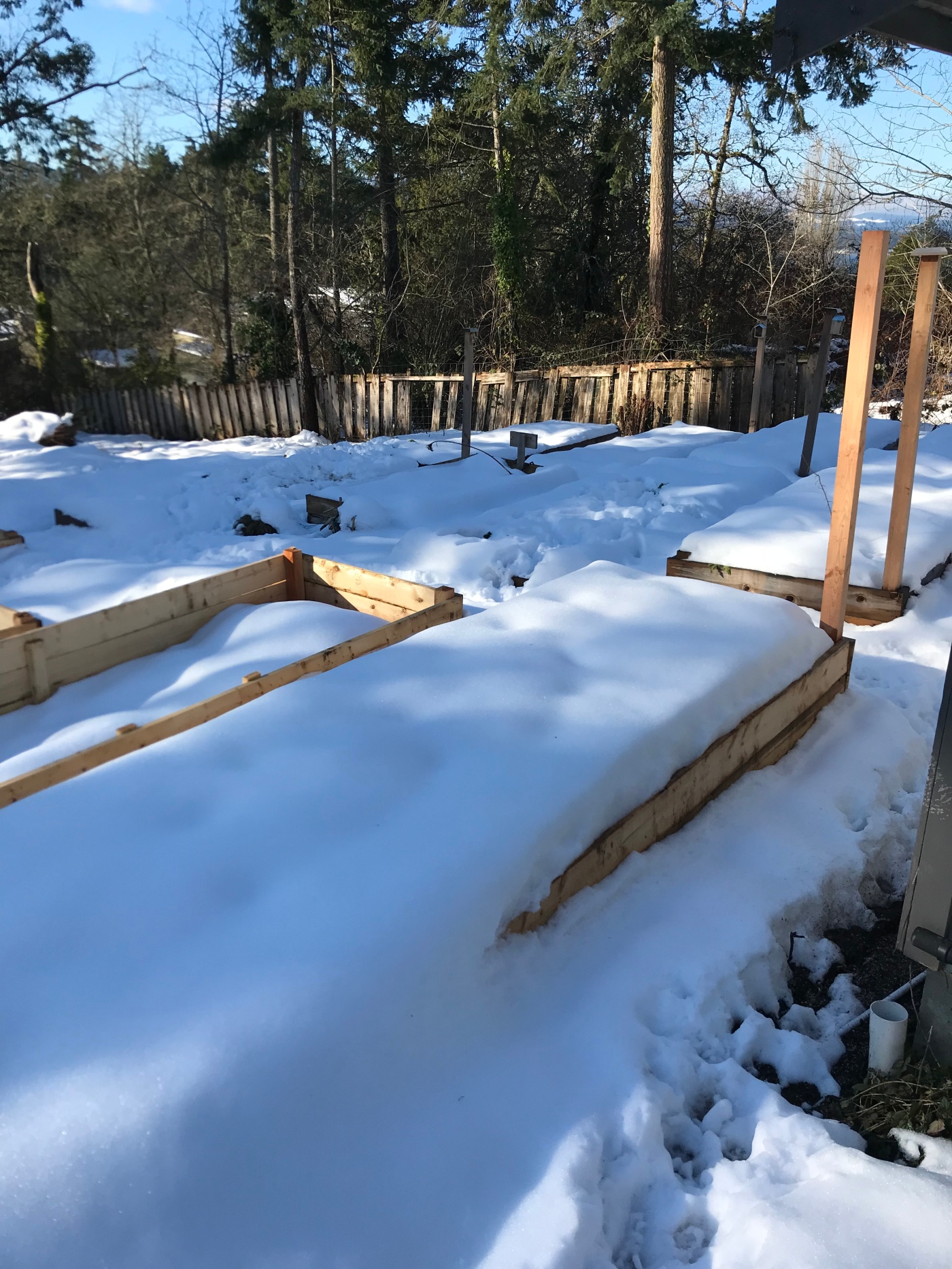 This is all my fault. In the last week of January, I took my wife and kids to Hawaii with another couple (a firefighting friend from Vancouver) and their kid. While there, my friend and I visited Honolulu Fire Hall #11 – an extraordinary place. Once we had explained who we were and where we were from, one Hawaiian Firefighter said “I’ll trade you [work sites].” I was taken-back. Honolulu Hall 11 is waterfront (literally) on the North Shore of Oahu, I would LOVE working there! I laughed and recognized the comment as a case of the “grass-is-always-greener” sort of thinking. As we talked about the similarities and differences, he added, “well, this time of year, maybe I’d rather not be there.” He was referring to “Winter in Canada.” To that I rebutted, “we’re the Hawaii of Canada! It’s ten degrees (50f) and sunny back home right now. It rarely snows.”

….Well. I’m not superstitious, but up to the point I made that comment, our winter had been like exactly like that: unseasonably warm and beautiful. But we returned to Victoria (via Vancouver) – wearing sandals – to -6 degrees celsius and snow accumulating on the ground. The next week was bitterly cold (from a west-coast point of view) and featured an additional snow fall the following Friday. Then two snow falls Sunday night and Tuesday morning that amounted to over 2 feet of snow. 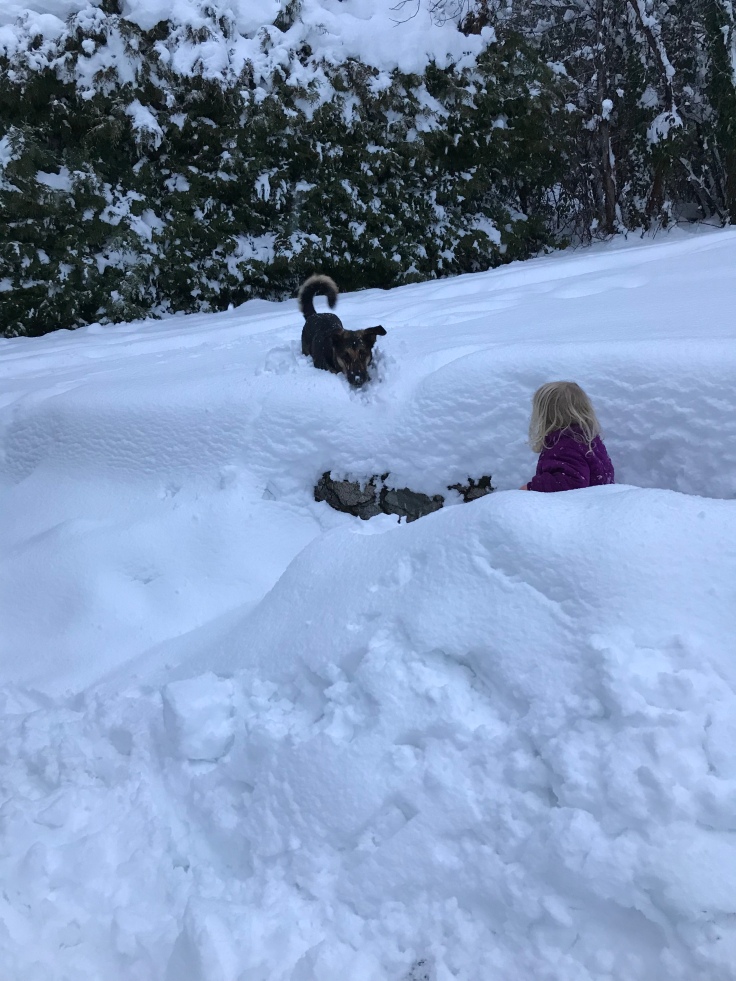 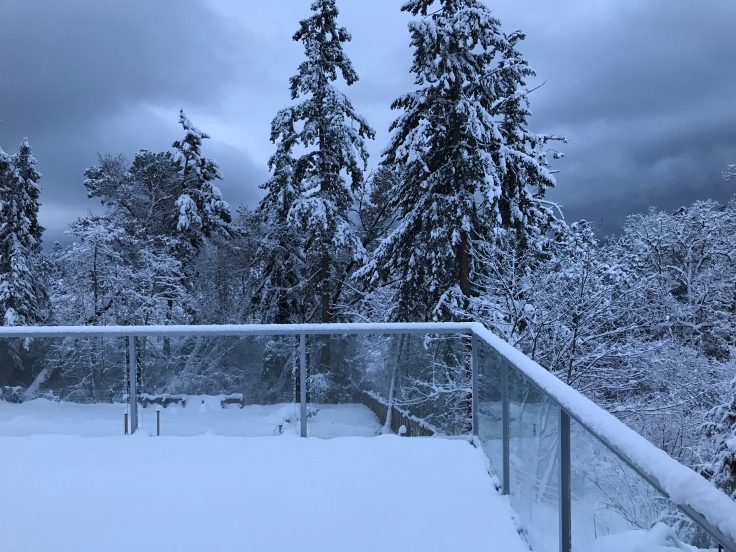 Now, I’m (finally) writing at the start of Week 9, or the last week of February. It’s raining, and day temps are back to between 5 and 7, and the snow is melting. But fields are still covered with snow, any pile looks several weeks from disappearing. Yes, this humbling taste of winter is a direct result of having bragged about our winters. 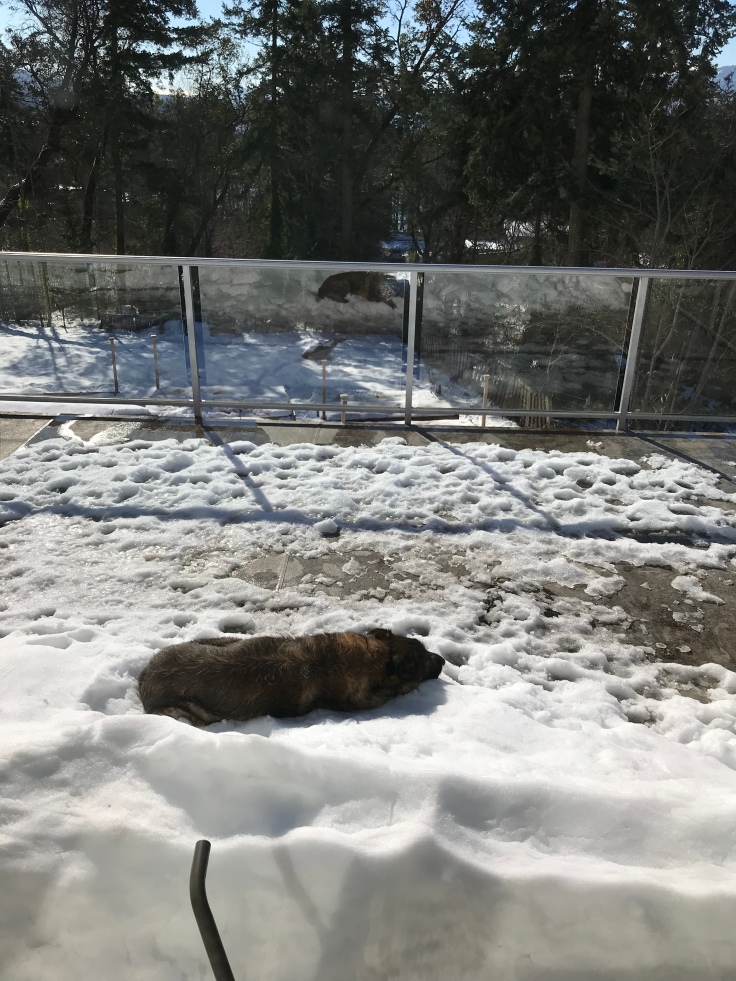 Before leaving for Hawaii – and, as mentioned, having a wonderful winter – I had finished building all garden boxes and even spent an entire day bringing in compost and soil from my work site. I filled two of the beds, and intend of filling the others as soon as the compost is once again dry enough to efficiently move. The biggest problem of snow on the coast, is that without it, I would already have planted many of the cool-season greens like arugula and spinach. Compounding on the delay, was the difficult weather and my trip – there had been crops I intended to begin indoors earlier than I did. Alas, I finally got my figures dirty and sowed the following (indoors).

I also applied a predatory mite to the soil to prevent fungus gnat or any other pests. In canada you can choose between Stratiolaelaps Scimitus or Gaeolaelaps Gallespii, and in the US you can get Stratiolaelaps. Both are great and live in your soil for the life of the plant (or until you apply a soap or pesticide). This time I applied Gaeolaelaps. Beyond fungus gnats, it will eat pupating thrips, overwintering spidermite, root weevils, root aphids, springtails..etc. It is -actually- a no-brainer.

Missing (according to my plans) is cherry tomatoes or other indeterminate varieties. In the next couple of weeks, I will add all of the cabbage family plants (broccoli, cauliflower, cabbage, kale…etc) and the squash family (winter squash, zucchini, pumpkins). Outdoors, I would likely be adding to the greens, beats and some early lentils.

Without all beds full of soil, I am still in a bit of a panic. Should they not be ready, my plans for each bed will once again be compromised. I don’t actually mind, putting random plants together, other than it resulting in the inability to properly rotate the crops. As an expert in pest management, I know the easiest thing to do to prevent major crop damage is to rotate crops, so this has me concerned. 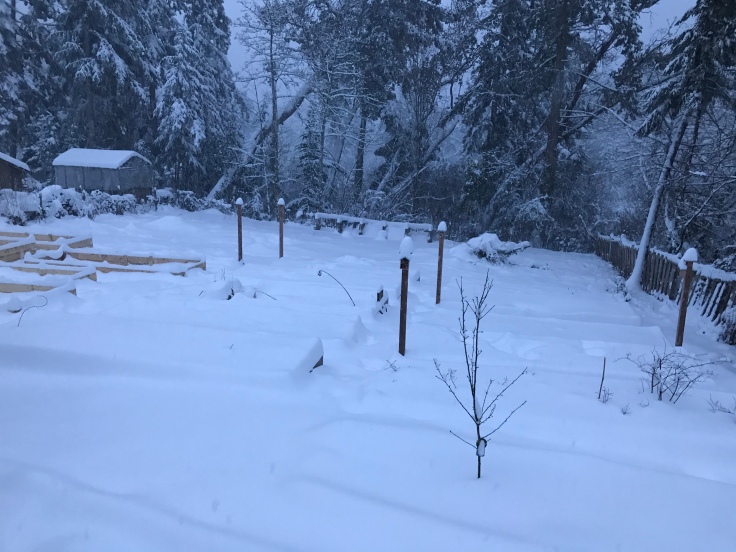 8 more boxes need to be filled with soil. Some of the originals need a few inches or need the addition of compost to the “natural soil”. The priority is this: Fill the beds, then, apply a thin layer to all paths around all beds, then fill the fence line from front to the end of the beds, then apply soil in depressions at the back to smooth out the back area. I will then spread clover or grass seed to all paths and the entire back. The fence lines – this year – will get extra plants or the odd perennial I pick up. I hope to have a trampoline (for the kids) in the back by the end of April.

I’m keeping this short for now. It’s good to be back. I’m excited for Spring. I hope you’re all still around to join me in this adventure! Bye for now.